‘If our swimmers have to go to Olympic qualifying events next year and have a fair chance of improving their timings, they need to get back to the pool soon’.

The long wait to resume training during the COVID-19 pandemic has prompted top Indian swimmer Virdhawal Khade to consider retirement while other Olympic hopefuls have grown “restless”, the country’s swimming federation said on Monday.

Khade is among six Indian swimmers who had achieved the lower (B) Olympic qualification mark for the Tokyo Games before the pandemic forced them out of the pool in March.

India has since allowed some sports facilities to reopen for training purposes but pools and gyms remain shut.

“Almost three months since the swimmers in India entered the pool. If other competitive athletes can follow social distancing while training, competitive swimmers can do the same as well.

“I hope other Olympic swimming prospects don’t consider retiring because of this.”

The Swimming Federation of India (SFI) said it had approached the sports ministry, which will be guided by home ministry advice before swimmers are allowed back in the pool.

“Of the six swimmers, only Sajan Prakash has managed to get back to training at Thanyapura (in Thailand). Remaining are getting restless.

“We’re in constant touch with them but we can’t give them any false assurance, because we don’t have clarity ourselves training would resume.”

The sports ministry was not immediately available for comment.

“If our swimmers have to go to Olympic qualifying events next year and have a fair chance of improving their timings, they need to get back to the pool soon,” Chokshi added.

India extended its coronavirus lockdown until June 30 in high-risk zones but permitted restaurants, malls and religious buildings to reopen elsewhere from June 8.

“Let’s be realistic. If you’ve opened up everything, then not allowing six athletes to train in one centre completely beats logic,” added Chokshi. 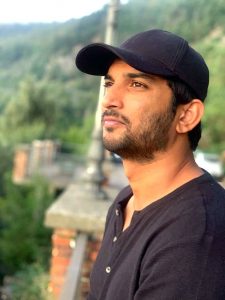 Who can prove Sushant died because of nepotism?’
To further her story, Kangana has used a dead person…