We have known each other for the last five years.’
‘He patiently waited for me and finally proposed last year.’
‘It was beautiful, just the sort of thing I had always imagined.’

Mona Singh brings a new meaning to the ‘other woman’ in the popular Web series, Kehne Ko Humsafar Hai, already in its third season.

The show revolves around an extramarital affair, and stars Ronit Roy, Gurdeep Kohli and Apurva Agnihotri. It streams on ALTBalaji and ZEE5.

The actress, who got married last December, assures Rediff.com Contributor Rajul Hegde, “Nobody is advocating infidelity in the show, it’s just a story.”

Kehne Ko Humsafar Hai broke the stereotype around the ‘other woman’. What kind of reaction have you been getting for your character Ananya?

Like you said, it has broken the stereotype mainly because these kinds of TV shows show the ‘other woman’ in a bad light.

She’s shown as a villain, planning, plotting or scheming. But that is not the case here.

The story was very clear that the ‘other woman’ would be a regular, independent and ambitious woman like all of us, who happens to fall in love with a married man.

When the first season came out, it was nice to know that people did not know whose side to take — my character Ananya’s or Gurdeep Kohli’s Poonam, which is a beautiful achievement.

Since then, the show has been a big hit and people were waiting for the third season.

Now that it’s out, I have been getting loads of messages.

I am happy that people are watching our show during the lockdown.

Do you feel society norms on marriage and relationships are changing with time?

Well, it changes from person to person, depends on what kind of relation you are in.

This is just a story, but, of course, some of the facts are taken from real life.

There are some families which are messed up and some are absolutely perfect.

If you are in a relationship, what matters to you the most would be to be loyal to your partner.

And if you think that you have fallen out of love, you should talk to your partner and find a way out.

Nobody is advocating infidelity in the show, it’s just a story. 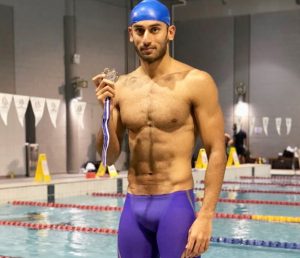 Pools shut due to lockdown: Swimmer Khade considering retirement
‘If our swimmers have to go to Olympic qualifying events…