When the virus, in a way, tires itself out, because it is not finding any more people to attack or keep itself viable, that is when the peak actually has been reached and you are on the downward limb (of the curve).’

Healthcare workers wait to take off their personal protective equipment after the end of a check-up camp for the coronavirus disease at a slum in Mumbai, June 14, 2020.

There is just one burning question we all have.

When will COVID-19 leave?

When will this wretched, uninvited virus start exiting our lives?

The next question that reasonably follows: When will India’s cases of COVID-19 peak?

Dr Gudlavalleti Venkata Satyanarayana Murthy has the most unusual answer to this question.

He doesn’t think there is any one date or period when COVID-19 will peak in India.

That is simply not possible.

Read on, for his logical explanation.

Dr Murthy, who is Hyderabad based, is the director, public health at the Public Health Foundation of India, a non-profit working for a ‘healthier India’.

He is also a professor in public health disability with the International Centre for Eye Health at the London School for Hygiene and Tropical Medicine, London.

A public health physician by discipline, who did his qualifications in Guntur, Delhi and London, Dr Murthy has a special interest in bettering community health and has been/is the principal investigator for multiple projects in India, Nigeria, Bhutan, Nepal Bangladesh and Pakistan.

While working at the All India Institute of Medical Sciences, New Delhi, he started India’s first department for community ophthalmic medicine.

In a recent interview you said India should not be seen as one entity in the battle against COVID-19.
It needs to be looked at on a state-to-state basis.
And that certain states are already peaking and some are near peaking.
What was your reasoning?
When do you foresee that the states that are near peaking, will peak?

There are a number of things to consider when you look at peaking.

It is not just something like the monsoon hitting the Kerala coast on the first of June.

It’s not as straightforward as that.

What generally happens is: You (a state/area) peak when you start coming down in terms of the number of people who can be susceptible, or who can catch the infection.

That is the time when that number starts decreasing — what one calls R0 (basic reproductive rate which decides how infectious each virus is going to be and during the disease period how many other people a patient will infect).

Peaking depends on a number of factors; the most important being what proportion of the population has been exposed to the infection.

When the virus, in a way, tires itself out, because it is not finding any more people to attack or keep itself viable, that is when the peak actually has been reached and you are on the downward limb (of the curve).

We look at peaking in terms of what is the Ro in terms of the current time. You call that Rt (virus’s actual transmission rate at a certain period) which actually is the R0 at a particular point in time.

States where the replication rate is coming down below zero, or to 1, or below 1, (indicates that the situation) is already at the plateauing stage and on the descending limb,

States, where R is between 1 to 1.2 and 1.25, are nearly there, so, in a way, the virus’s replicability pattern has been exhausted to a great extent.

That is how we comment on when COVID-19 would peak.

In dealing with a country with so much of diversity, you can’t talk about one peak for the entire country, till all the states have achieved it.

That is why there is going to be a need to look at a state’s specifics and states like UP differently, and even districts first.

Even in Maharashtra, district specific peaking has to be looked at.

So, if you look at Maharashtra, as a whole, it may take another 10 days, 12 days for the state to peak.

But it could be that when you look at a district like Gadchiroli, or some of the districts which are closer to the Chhattisgarh border, at the district level, the peak might already have been passed, though the state as such has not peaked. Some districts within the state could have already done that.

We should never look (create a picture) with one brush stroke, right across, when we look at a country like India.

When we look at some of the states like Bihar, where it is the migrants who actually started bringing in the virus into the state, they may be far away from the peak. Not just in terms of even thinking of the peak, but even the rise may occur only towards mid-July.

So, there can’t be one peak.

You can expect that by middle of July, maximum, states, like Maharashtra, Delhi, Tamil Nadu, they should all be past the peak. Whereas for states like Bihar, it can take much longer. 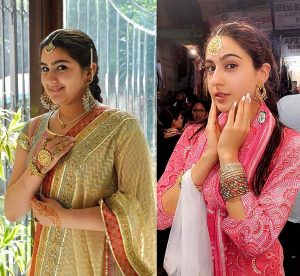