The historic Rath Yatra of Lord Jagannath commenced on Tuesday in the pilgrim town of Puri without the usual sea of devotees and amid tight security in view of the COVID-19 pandemic, less than 24 hours after the Supreme Court modified its earlier order to clear the decks for the annual ritual.

In order to prevent any congregation, a curfew-like shutdown has been imposed across Puri district from 9 pm on Monday till 2 pm on Wednesday, Director General of Police Abhay said.

Over 50 platoons of police force (one platoon has 30 personnel) have been deployed and CCTVs installed at various locations as part of the security arrangement for the nine-day festival, officials said, adding, all entry points to Puri were sealed.

Priests and police personnel, who were part of the chariot pulling ritual, underwent mandatory COVID-19 testing on Monday night and only those whose reports came out negative were allowed to participate in the festival, they said.

A number of customary rituals like ‘Mangla Arati’ and ‘Mailam’ were held before the presiding deities — Lord Jagannath, his elder brother Lord Balabhadra and their sister Devi Subhadra — set out from the sanctum sanctorum of the temple.

Descending from the ‘Ratna Sinhasana’, the bejeweled throne, the three deities were taken out of the temple down the 22 steps known as ‘Baisi Pahacha’ through the Lion’s Gate in an elaborate royal ritual called ‘Pahandi’.

In a rhythmic style, the deities moved forward step by step amid blowing of conch shells and ringing of bells.

At first Sudarshana, the celestial wheel of Krishna-Vishnu, was taken out and placed in the chariot of Devi Subhadra followed by Lord Balabhadra, Subhadra and finally Lord Jagannath.

Ready to carry the deities for their annual nine-day sojourn to the Gundicha temple, nearly 3 km away, the three wooden chariots waited outside draped in layers of red, black, green and yellow.

The 45-feet high ‘Nandighosh’, the chariot of Lord Jagannath, stood with 16 huge wooden wheels, while that of Lord Balabhadra’s ‘Taladhawaja’ is 44-feet high with 14 wheels.

Gajapati Maharaja Dibyasingha Deb performed the special ‘Chhera Panhara’ ritual with a golden broom ahead of the pulling of the chariots.

Disallowed to physically participate in the grand festival, lakhs of devotees got a chance to witness the Rath Yatra live on television.

The Supreme Court gave the go-ahead for the Rath Yatra after taking note of the Odisha government’s assurance that it ‘can be held in a limited way without public attendance’.

Modifying its June 18 order by which it had said that this year’s Puri Rath Yatra cannot be permitted due t coronavirus pandemic, a bench headed by Chief Justice S A Bobde, on Monday directed th Odisha government to impose curfew in Puri city during the time when chariots are taken in procession. 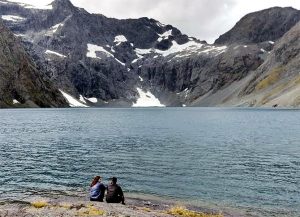