Australia is ready for a woman to run the game, says Perry

Australian cricket is ripe for a woman to run the board for the first time and has excellent candidates within easy reach, according to star all-rounder Ellyse Perry.

Cricket Australia (CA) have appointed Nick Hockley as interim CEO to replace Kevin Roberts, who resigned this week after months of criticism over his leadership, but the board will conduct a global search for a permanent boss.

“I think Cricket Australia has been ready for a female CEO for a long time,” Perry told reporters in a video call on Friday.

“I know Chris (Matthews) was in discussions for the last round of hiring for the role. I don’t think it’s something that’s new. We’ve got a number of women working in high executive roles in Cricket Australia, Belinda Clark and Steph Beltrame to name a couple.”

Both Clark and Beltrame are long-time staffers at CA, with former Australia captain Clark running community cricket and Beltrame the broadcasting and commercial portfolio in the executive team.

“They are absolutely pivotal in the way that we operate. So, yeah, I think there’s some really strong representation,” said Perry.

Australia’s peerless women’s team won the Twenty20 World Cup on home soil in March only days before the coronavirus suspended all domestic cricket.

Fears the women’s game might be diminished as part of a cost-cutting restructure to deal with the impact of COVID-19 were allayed this week, with the board confirming the full summer schedule would be retained.

The Australian men’s team lost batting coach Graeme Hick among 40 redundancies announced this week, but Perry confirmed the women’s programme had kept all its staff.

“We’ve been incredibly fortunate in that sense,” said the 29-year-old.

“I know from a player and staffing perspective, we feel very grateful given everything that’s been going on.” 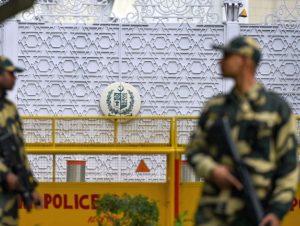