To further her story, Kangana has used a dead person and a suicide case.’
‘She should be ashamed of herself. Ashamed.’

Komal Nahta — the wellknown observer on all matters Bollywood — had a spat with Times Now anchor Rahul Shiv Shankar during a discussion on nepotism in Bollywood on Monday night.

The video went viral as the topic is a hot button issue after Sushant Singh Rajput’s shocking suicide.

“”There are four idle minds in Bollywood which have become the devil’s workshop, and they are saying that outsiders are not welcome in Bollywood. But that does not mean outsiders will not come and make it big here,” Komal tells Syed Firdaus Ashraf/Rediff.com.

Your spat with Rahul Shiv Shankar has gone viral. Were you reluctant to appear on the Times Now channel?

There were too many debates on different news channels.

My time was clashing with another channel to whom I had committed.

They first asked me to come at 8 pm and I said yes. But then they changed the time to 8.30 pm.

They requested, saying, please, please, and they told me I will be free by 8.50 pm, so that I could do an interview on another channel.

At that time, they only asked me what my view on nepotism in Bollywood was.

I said nepotism exists in every industry.

When I went on the show, Rahul Shiv Shankar had no manners. He asked me, do I understand the (film) industry?

I have given my life to the film industry; I was born in the industry (his father Ramraj Nahta was a well-known producer).

I have given 30 years of my life to the film industry although I am a chartered accountant by qualification.

So I tweeted and said, I give him an open challenge to come and discuss the film industry.

Let the world decide who has common sense and who doesn’t. 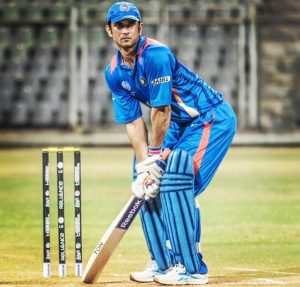