November 9, is Hollywood actor Hedy Lamarr’s 101st birthday. It is being celebrated not only by movie fans but telecom engineers all over the world. Google celebrated with a doodle.

Though gorgeous and glamorous, she was not a bimbo. Hedy Lamarr hit headlines as an actress with a nude swimming scene in her Czech film Ecstasy (1933). Later she was married to a rich pro-Nazi arms merchant, Fritz Mandl. To Mandl she was a trophy wife, whom he took along to many parties and dinners, to mingle with the high and mighty in politics, military and arms trade of Europe.

Little did he suspect that beneath the beautiful exterior lay a sharp brain with an aptitude for technology. Hedy was able to pick up quite a bit of the technical shop-talk of the men around the table.

When the war began, Hedy, a staunch anti-Nazi, escaped to London. There she convinced Louis Mayer of MGM studios to sign her up. Mayer, having heard of her reputation after Ecstacy, advised her to change her name from Hedwig Eva Marie Kiesler to ‘Hedy Lamarr’ and to act in ‘wholesome family movies’, which she promptly agreed to.

As the war progressed and the US entered it after Pearl Harbour, Hedy informed the US government that she was privy to considerable amount of Axis war technology and she wanted to help. The US defence department had little faith in her claims and advised her to sell war bonds.

Hedy, however was unrelenting. She, along with her friend George Antheil, an avant garde composer and musician, patented their ‘secret communication system’ (1941) and gave the patent rights free to the US military.

One roll, which was located in the submarine, changed the transmission frequency as it was rotated and the other embedded in the torpedo aided the receiver in hopping to the appropriate frequency. The enemy jammer would be thus left perennially guessing the guiding frequency.

The idea though ingenious was too cumbersome as it involved mechanical systems and was hence not applied by the US Navy. However, in the late 1950s, as electronic computers appeared on the scene, the US Navy revived its interest in Hedy’s ideas.

In the telecom revolution of the 1990s, these techniques have been used to develop civilian applications in cellular phones, wireless in local loop, personal communication systems and so on. The unlikely inventor showed that if you have a sharp brain even party hopping could lead to frequency hopping!

As long as the hopping does not have a pattern that can be detected and the receiver knows the exact sequence of hopping then both snooping and jamming would be impossible. Thus a user does not use a channel but many users can use a band as long as their sequences do not dash.

This technique is called frequency hopping spread spectrum. Hedy’s idea belonged to this set. Spread Spectrum technology assures a high level of security and privacy in any wireless communication. It has come into the limelight in the past decade and especially in the past five years, after a US company, Qualcomm, demonstrated its successful application for cellular phones.

Since Spread Spectrum technology can be used for secure communications, which cannot be jammed or snooped into, the US military has done extensive research and development on it since the 1960s and 1970s.

Ironically, this hi-tech, revolutionary, concept in radio communication was patented by a Hollywood diva, Hedy Lamarr, nearly 60 years ago.

Shivanand Kanavi, a former VP, TCS, is the author of Sand to Silicon: The Amazing Story of Digital Technology 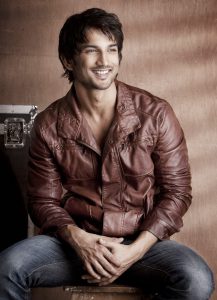