The number of contestants in the next season may be reduced by half to allow space for social distancing.

The show, as they say, must go on. Especially if it is the unstoppable Bigg Boss.

Speculation is rife that the popular reality show’s next season is being planned in quarantine, and post-coronavirus guidelines are being formulated.

Apparently, Salman Khan whose astronomical fee to host the show increases every year, has agreed to shoot its promo from his farmhouse in Panvel where he has been quarantined since the lockdown started.

“Shooting the promo for Bigg Boss from his farm would be the simplest thing for Salman. No crew is required. Salman can shoot it on his phone and send it to the Colors channel’s team,” a source tells Subhash K Jha.

The larger problem faced by the Bigg Boss team is regarding social distancing rules.

The number of contestants in the next season may be reduced by half to allow space for social distancing. 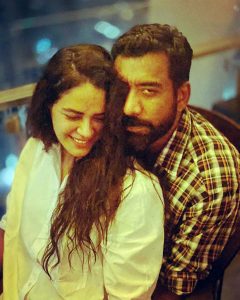 I am glad I got married before the lockdown.
We have known each other for the last five years.'…
Posting....