Amitabh Bachchan is quite active on social media and loves to keep fans updated about his life. Today, the megastar took to Instagram to share a collage of pictures of his marriage ceremony.

On the occasion of his 47th wedding anniversary, he shared a little secret about his marriage with Jaya Bachchan. In the caption of his post, the ‘Piku’ star revealed that he had decided to go to London along with friends if his film ‘Zanjeer’ receives great response at the box office.

That’s when his father Harivanshrai Bachchan asked with whom the actor wishes to go. Well, Big B had his answer ready and said Jaya. Now, to know what his father replied, read the caption, “47 years .. today… June 3, 1973… !! Had decided if Zanjeer would succeed, we would along with a few friends go to London for the first time ..

Soon, fans poured in love in the comment section and wished Sr Bachchan on his anniversary.

On the work front, Amitabh will next feature in a film with Ayushmann Khurrana. He will also star in ‘Jhund’, ‘Brahmastra‘ and ‘Chehre’. 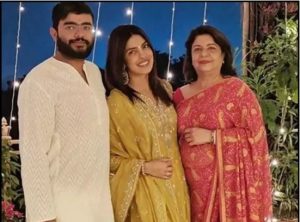 Cyclone Nisarga: Priyanka Chopra Jonas urges everyone to follow guidelines, says ‘this year feels relentless’
Amid battling with coronavirus pandemic, the city will be facing another challenge, cyclone…